Set up the AKC NAC Finals course for classes this week. Well, a variation of it, naturally. Though the part I was able to put into the arena was fairly close to coursemap.

It was a fun course, fun to look at the different options through the dogwalk. I much preferred the pushback serp on #2 for both dogs, and the blind cross between 4 and 5 as well. Both of my dogs found the wrap to the inside at #2 to be a fun killer. But the real test was seeing what happened the FIRST time we ran it, just like we were actually there! And for Bright, she got a rerun due to a loose dog on course her first time through - then I ended up pulling her off a jump for her 'real' attempt. Tweet! And Navarre took out jump #8 his first run through, and I did a terrible job cueing from the aframe to the end - whoops. So, yeah, no national champions around here, much easier to find that out at home than travel across the country.

Back to the drawing board with Navarre and the dumbbell retrieve. Took the dumbbell out the park today with the frisbee and attempted to work on sending to retrieve the dumbbell and then throwing the frisbee on his way back. Oh, he thought this was SO STUPID. I gave it a good attempt, as I figured he would warm up once he figured out the game, but I could never get him to have any actual enthusiasm to getting the dumbbell - and in fact you could tell it just made him bitter about the dumbbell as it was obviously just stopping him from enjoying his frisbee. So, huh. Might just put that one away until he's older. 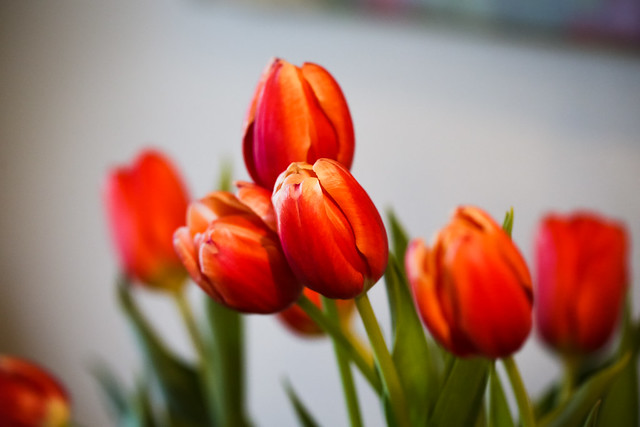 Playing around with a little obedience at the arena this morning before classes. Suddenly, Haku had beautiful and consistent pick ups with his dumbbell. Where the heck did that come from? Was it because it was on concrete? Hm. Lots of marking and rewarding the behavior, super happy with that improvement, wherever it magically came from. Also testing a few signal stays, no scooting. Gold star to Haku!

Haku being totally random is not exactly news, but Navarre suddenly decided he really wanted to retrieve the dumbbell today. He kept pushing in while I was working Haku, so I randomly threw one for him and he RAN, and he ran BACK - what the? Latent learning from our failed frisbee session? Suddenly not so serious about it all, he was loose and goofy. Huh. We did like three throws, it wasn't a fluke, today at least, he actually seemed to enjoy dumbbell retrieves. And after each successful retrieve we ran back into the arena and played frisbee - he much preferred this approach. Which is basically true for all my dogs, they like rewards, not lures. Like if I put the toy straight ahead off a contact and asked them to do their running or stopped contact, they do NOT like that - they don't find that fun at all. However, if I drop the toy in the same place AFTER they do the behavior, they think that's super fun. A good lesson here, I think.

Then even more breakthroughs for Obedience Navarre, tried an experiment with his recalls. Once again, he CAN do it, but has always thought it was pretty dumb and is very serious, slow and methodical about it. Using 'lures' like throwing a toy as he comes in, backing up, calling, patting my legs, rewarding through my legs, and, of course, rewarding the heck when he gets to me with toys and treats - no, he could care less. It's dumb, he sees no reason to hurry. Keep in mind, this is also the dog that thought restrained recalls were dumb as a puppy. He's just not wired like my other dogs, so it's been a puzzle. Luckily his sister is the same way, so I know it's not just me!

Part of it is they have lots of 'rules'. Like Dove doesn't want to play with the toy unless you ask her to do a behavior first, then she's all over it. Navarre only plays with toys in certain situations where it's been 'established'. So if you come to my house, pick up a toy and throw it, Haku and Bright with be running around like maniacs ... and Navarre will just be laying on the couch, completely uninterested. If you take that same toy and throw it in the field, Navarre will not LET the other dogs have to toy, he is completely engaged and beats the other dogs to the toy every time. Explain that one to me.

Anyway, so a big reason why I 'fired' Navarre from obedience when he was younger as I didn't want him practicing doing obedience slowly and methodically - and I couldn't find any good solutions to bring him in the game. He just thought it was dumb, and when he has decided something, it's hard to change his mind. Luckily, he had decided agility was fun at that point, so we focused on that. Slightly more mature Navarre is getting into obedience again, but the recall was still not joyful. However, today we got our first fast, enthusiastic fronts! I'll admit to some skepticism whether this will continue to work, but it was an INSTANT fix ... for today, at least. I just had him come do his flip through my legs trick. That's pretty much it. He has an association of running fast for that as we use it playing frisbee, having him come through my legs and then I throw the frisbee. So I asked him for that a few times, rewarding the heck out of it. So I called him with his 'through' cue, then asked him to 'front' when he got close and, BAM, he was sliding into position like no one's business. So we played a game of mostly rewarding for 'through', and occasionally asking for a 'front' and he was all about that game. There was much rewarding and frisbee throwing. Now, whether this will help him realize that recalls are fun, that remains to be seen. Still, for today, we had fun doing obedience! 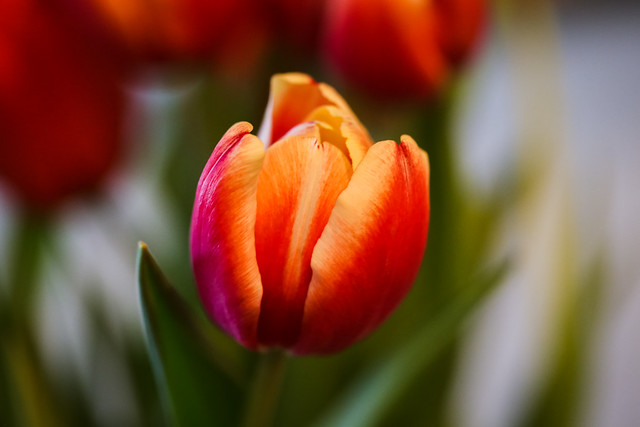