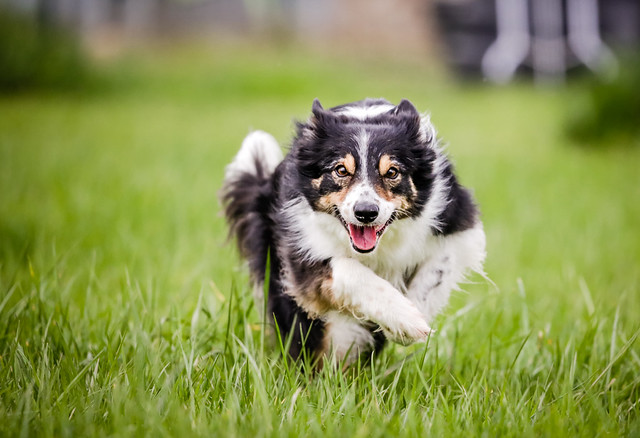 Look, it's Tempie! Julie has moved back from the East coast and it was really fun to see her again. Hard to believe that Tempie is 9 now, she is Beanieweenie's sister. We puppyraised Bean back in the day, he is the reason we have Haku. So Tempie and Bean are half siblings to Haku. Haku got his sweetness from the Nel side of the family. He got his nuttiness from his dad, Zing, who, unfortunately, has been struggling with cancer. Just breaks my heart, he's only 10, and I see so much of Haku in him - I feel for Gabrielle. 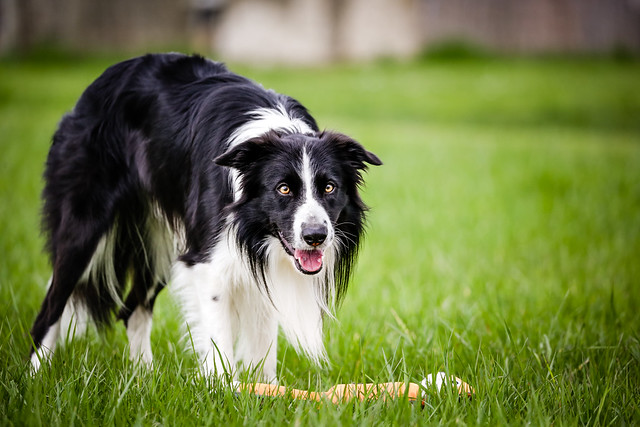 Speaking of sweet goofballs, video of Navarre from the Spring Cup! SUCH a good boy, very proud of him. There is video of Bright too on youtube ... it is less impressive, even when I cut out a lot of her running amuck. A-hem.

Got to see my lambs! At least, I think this is them: 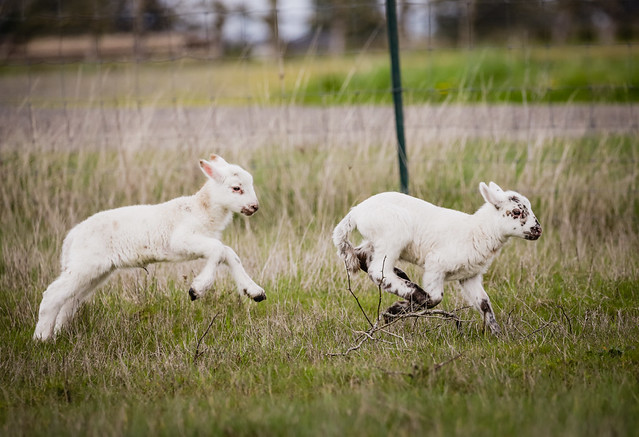 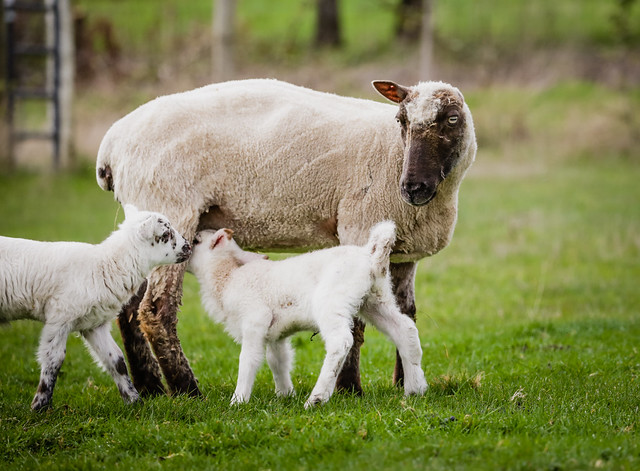 Gretchen actually seems like she's an okay mom. Well, at least maybe by comparison. Apparently the wooly dogbroke sheep are, well, not very bright. And not very good at keeping track of their babies. Gretchen seemed a little more on it, and at least wasn't trying to run away from her babies. I would have thought sheep would be more concerned about where their babies were - but these sheep seemed very casual about it. We went to move them to the other pasture, and practically half the babies got stuck behind a fence - their moms could care less, they just left them behind. And the sheep don't seem particularly concerned which ones are theirs, which I thought was kind of a sheep thing. But it all worked out, the babies seemed happy and doing their own thing, they're growing quickly and seem very healthy. Last I saw there were still two moms waiting to deliver, and all the rest had gone smoothly. 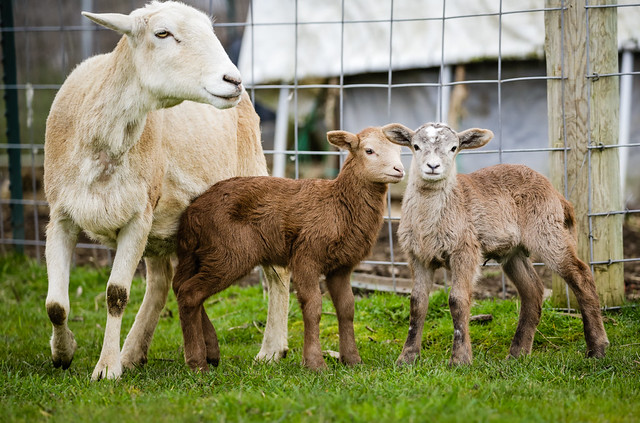 I admit, lambs are really cute - and some are just cuter than others 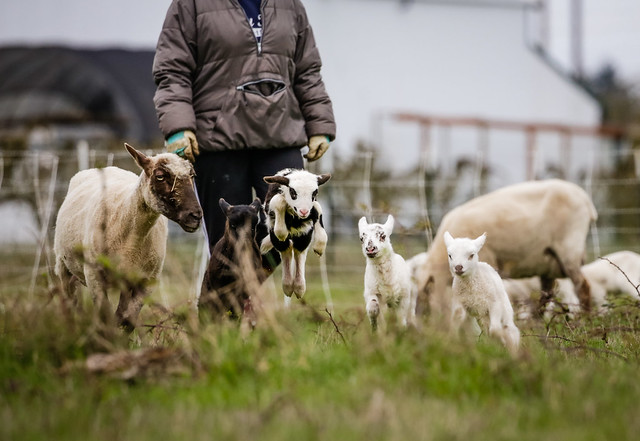 For instance, here in the middle we have Otis - who is adorable just because he's attractively marked 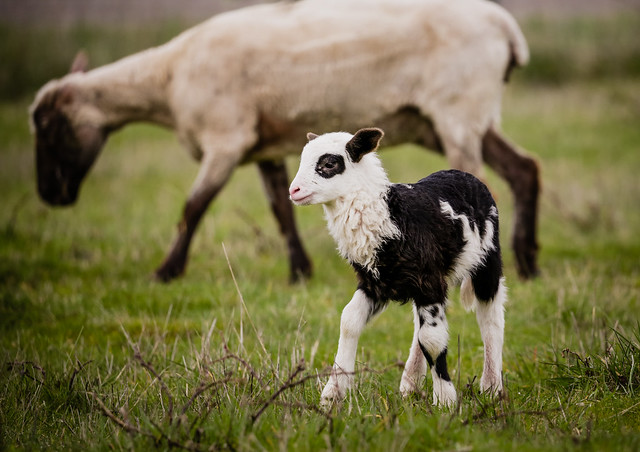 Look at that swagger, he knows he looks good 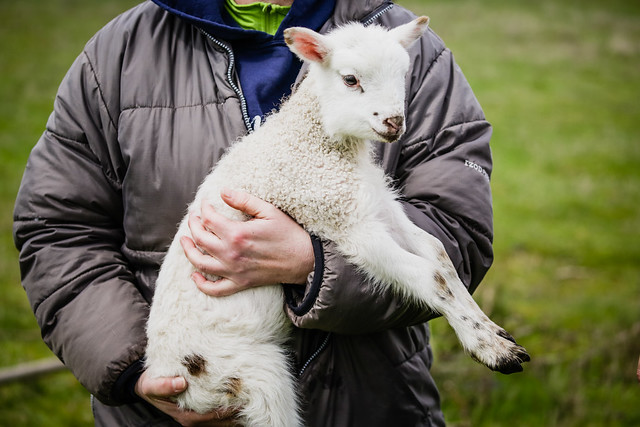 This is one of the half breeds, half hair sheep, half wooly - check out how her front half is curly and back half is straight 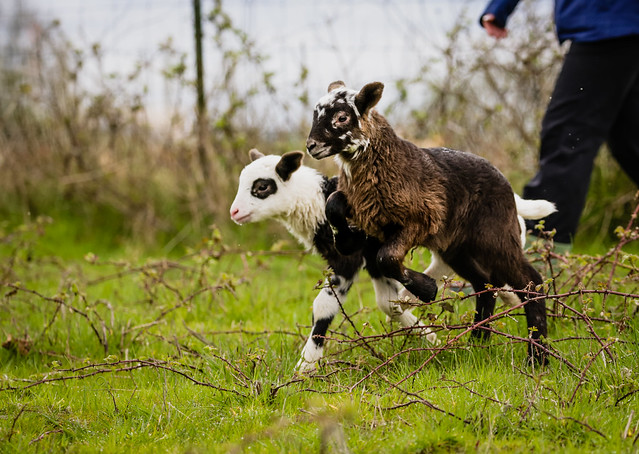 These two feel like the attractive lambs should stick together 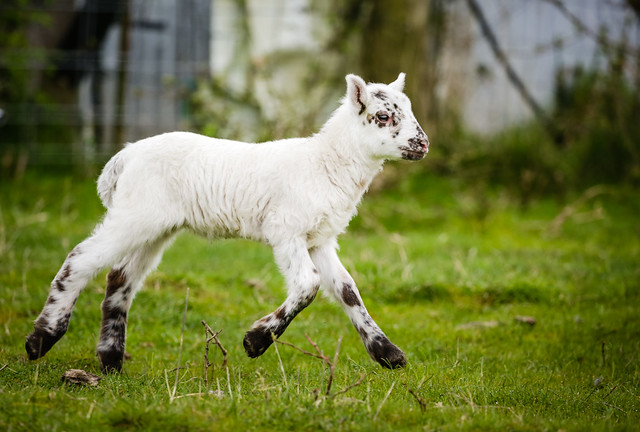 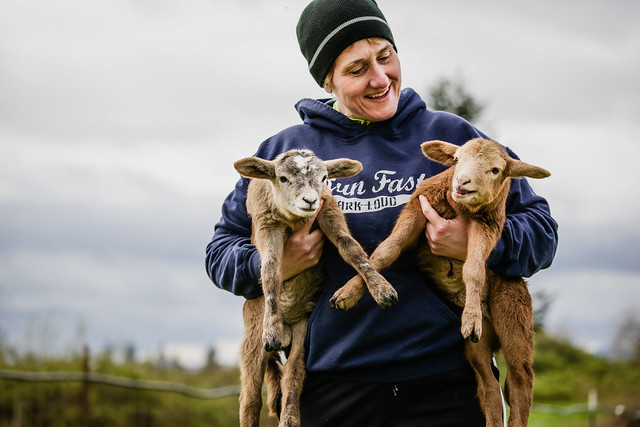 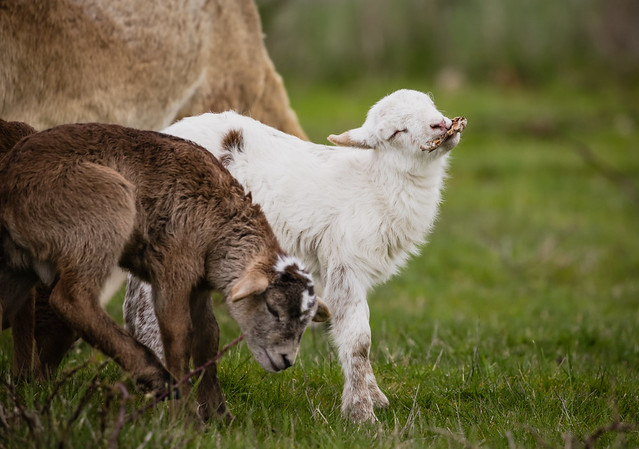 Happy sheep plays with a leaf - yeah, lambs are cute

I look good with a pyrshep, if I do say so myself:


Pixel is like ... 15 months?  Somewhere in there, such a fun girl, Carol has done a wonderful job with her. And this was Pixel's first time running agility with someone other than her mom - she has skills! Though, to be fair, Carol kindly edited out the bits of Pixel attempting to kill me by darting under my legs.
Collapse